Having been raised in an international community in Kobe, Japan, Akira is English-Japanese bilingual.  He graduated magna cum laude double majoring in psychology and philosophy at Boston College.  He studied with Professor Eugene Gendlin at the University of Chicago Graduate Division and then returned to Japan.  He worked at the Kitakyushu Municipal Hospital and then at the University of Occupational & Environmental Health School of Medicine where he got his doctorate.  Since then, he has taught at Okayama University, Kobe College and now at Kansai University.  He has taught part-time at universities including Shizuoka University Graduate School, Hyogo University of Teacher Education Graduate Division, Kyushu University, the University of Strathclyde (UK).  He has also been a doctoral thesis examiner at the University of East Anglia (UK) and the University of Sydney (Australia).  Akira has served as one of the founders and past-presidents of the Japan Focusing Association, and has served as board members of the Japanese Association of Humanistic Psychology, The International Focusing Institute (USA), World Association of Person-Centered and Experiential Psychotherapy and Counseling (UK).  Currently he is a member of the steering committee of the Eugene Gendlin Center and an editorial member of the journal, Person-Centered and Experiential Psychotherapies.  He teaches Focusing all across Japan and worldwide, including China, Australia, Greece, United Kingdom, United States of America. 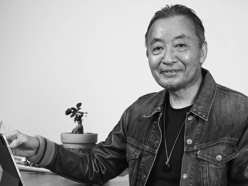